LILY OF THE VALLEY 50ML EDT SPRAY FOR WOMEN BY PENHALIGON'S 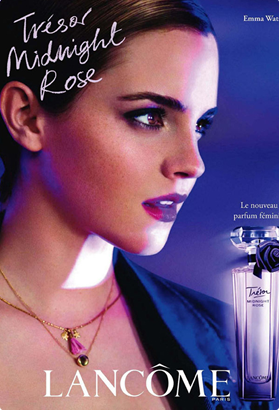 Stella McCartney is relaunching her first fragrance, Stella, from 2003, whose composition remains unchanged while changes occurred in flacon design and new sizes that will be available on the market. The fragrance will be promoted/launched today exclusively at Harrods, accompanied with a new advertising campaign featuring Lara Stone.

“Stella is a celebration of women, and Lara is the perfect representation. She brings the ideas of the fragrance alive, in an honest way. She is a modern woman who is approachable and sensual at the same time,” stated Stella McCartney.

The first edition of Stella was launched in 2003 and created in collaboration with YSL Beauty. Top notes of the composition accentuate essences of roses blended with peony and mandarin shades, while the heart of the composition is based on intense notes of rose absolute. Base notes were composed of woodsy notes and amber. The perfume was signed by perfumer Jacques Cavallier.

Note: HTML is not translated!

Enter the code in the box below: